Chapter 2 - A Night at Carnegie Hall

Those were the last words of the first story I ever wrote about Midian the assassin, though the scene preceding them was very different from what you just read. It was early in my explorations with prose and, having burned through the first ten -- yes, ten -- R.A. Salvatore Drizzt novels in less than a year, I desperately wanted to write an action scene.

The story had sprouted leaves early in the day and was so clear in my head by the end of it that I didn't even wait to get home to start writing. Instead I broke out my notebook in the middle of my after school hangout and started scribbling in pen. My friends were all aspiring comic artists and storytellers themselves, so they understood. Sometimes you just had to get that idea out. Besides, these were the guys who introduced me to the Salvatore's novels, so I was sure they'd appreciate the end product. When I finished, I practically threw the thing at them to read.

Absolutely tore me to shreds. These were good friends.

The story wasn't a story, it was an action scene, and Midian wasn't a character, he was a special effect. He was what happened when you took an abiding love for Drizzt Do'urden and combined it with your new favorite movie, Grosse Pointe Blank

. He was awesome in all the ways only a teenage boy could make him, but lacked any the complexity to make him worth reading about.

As discouraging as that response was, I couldn't let go of the character. The idea of Midian was too good; a bad guy -- a killer -- that you loved to watch work, and couldn't help but root for. I tried playing him as a D&D character, then as a modern day Rifts character, then as a regular hitman in a friend's homebrewed role-playing game. I tried like mad to figure out WHAT story he belonged to, and then, one day, it hit me: the story about the boy on the train.

Now there was a playground where Midian could run wild.

This chapter was a challenge to write, because the entire thing takes place in a building I've only been in once in my life -- when I was too young to remember it.

If I close my eyes and really think, I can see the surface of the concrete shell around Carnegie Hall; the glass-encased concert posters lining the outer walls, the stained-glass marquis touting its name... but that's where my memories end. I couldn't tell you anything about the place that you can't get from the wiki page, and that's the main problem I was facing in writing this chapter.

Chapter 1 was chock full of texture and detail because I've BEEN in all those places. I know the smell of a freshly painted apartment. I can clearly hear the conductor blasting "STANCLEARUHDAHCLOSINDOORS" over the subway car loudspeakers.

Before my research, I didn't even know what color the Carnegie Hall carpets were.

And it wasn't easy to find out, either! Pictures of the non-auditorium interiors of Carnegie Hall are extremely hard to come by -- and I'm pretty sure some of the ones I did find aren't supposed to exist! It took an intense bout of Google Image searching and at least one "Help!" post on a message board (special thanks to PeterSparker on the Bendis forum at Jinxworld.com!), in addition to the general descriptions located on the Carnegie website, to paint enough of a picture for me to... well... paint a picture.

I'm still worried certain parts will stand out to frequent patrons of the Hall, but hey, that's show business, baby.

(if you are someone who knows the areas I describe in this chapter, please feel free to correct me on anything. I'll revise it for the future!)

And, to anyone appalled at the crime I've allowed to be committed in New York's beloved concert hall, I say: take heart. Carnegie Hall's honor will be avenged in quite the unexpected way (I hope).

In case you hadn't guessed, this chapter's soundtrack is referenced directly in the second scene.

York Bowen was a classical pianist and composer in the early 1900's. I discovered his Symphony No.2 through, of all things, my Akira Ifukube-(that's the original Godzilla film composer for you laymen out there)-themed Pandora station, and was instantly smitten. I like my classical music to have some verve to it, and Bowen's work does not disappoint.

Like Midian says, it feels like a forgotten film score. Now it gets to be one! After a fashion.

I am a dyed-in-the-wool used-to-read-Wizard-magazine-for-the-articles hardcore comic geek; of COURSE I think about which actors would play the characters in my story. Sometimes it's ALL I think about.

We are now two chapters into Gatewalker and all the main characters have been introduced. My question to you is: 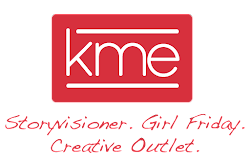